Items related to The Ladies' : A History of the Ladies' Golf...

Home O'Connor, Tim The Ladies' : A History of the Ladies' Golf Club of Toronto, ...
Stock Image 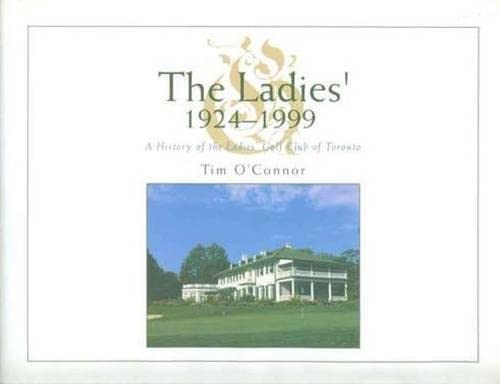 Quantity: 1
View all  copies of this book
Buy Used
Price: US$ 28.80 Convert Currency
Shipping: US$ 4.79 From Canada to U.S.A. Destination, rates & speeds
Add to basket

Clean in very good ondition. 144 pages with the index.- We ship from Canada. Specializing in academic, collectible and historically significant, providing the utmost quality and customer service satisfaction. For any questions feel free to email us. Seller Inventory # 042347

When the Ladies' Golf Club of Toronto began in 1924, some provinces had not even granted women the right to vote. Most married golfers were social members of their husbands' clubs and single women rarely held memberships. Women club members could not hold shares or vote on club affairs. And of course, women's playing times were limited.

Women golfers in the Toronto area were fortunate that these conditions were unacceptable to Ada Mackenzie. Although she worked in a bank and played golf on weekends, she had already won the Canadian Ladies' Open, in 1919.

Tim O'Connor tells how Ada enlisted the support of some extraordinary women, and men, to help realize the dream of a club run by women for women. The Ladies' pays tribute to Ada and to those wonderful people who guided the club through its financial vicissitudes and a world war to reach its proud 75th anniversary in 1999.

Tom O'Connor was gold columnist for the Financial Post from 1993 to 1998, and for three years contributed to and edited the newspaper's "Golf Update," a five-page weekly section. He has been published in many North American golf journals, and was named Golf Reporter of the Year three times -- in 1994, 1995, and 1996.

With The Ladies', Tim O'Connor continues to tell the story of Canadian Golf, which he began in 1995 with The Feeling of Greatness: The Moe Norman Story. That book became a Canadian bestseller. He recently became Director of Communications for ClubLink Corporation.