Items related to Realism, Rationalism, Surrealism: Art Between the Wars... 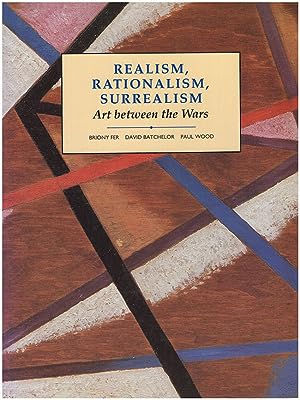 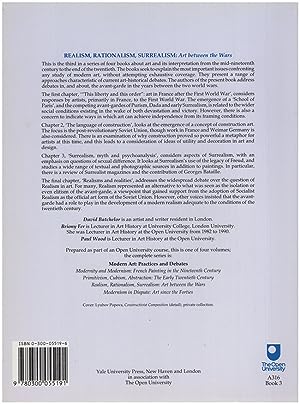 This book begins by considering responses by French artists to the First World War, showing how Purism, Dada, and early Surrealism are related to the ethos of post-war reconstruction. The authors then discuss the language of construction in places as dissimilar as France, Germany, and the Soviet Union; the contrasting demands of the utility and decoration of objects and paintings; and the relationship of surrealism to questions of sexuality and gender and to Freudian theory. The book concludes by addressing the widespread debate over realism in art: whether it represents an alternative to the elitism of the avant-garde or whether avant-garde art should play a role in the development of a modern realism.

This is the third in a series of four books about art and its interpretation from the mid-nineteenth century to the end of the twentieth. The books seek to explain the most important issues confronting any study of modern art, without attempting exhaustive coverage. They present a range of approaches characteristic of current art-historical debates. The authors of the present book address debates in, and about, the avant-garde in the years between the two world wars. The first chapter, '"This liberty and this order": art in France after the First World War', considers responses by artists, primarily in France, to the First World War. The emergence of a 'School of Paris', and the competing avant-gardes of Purism, Dada and early Surrealism, is related to the wider social conditions existing in the wake of both devastation and victory. However, there is also a concern to indicate ways in which art can achieve independence from its framing conditions. Chapter 2, 'The language of construction', looks at the emergence of a concept of construction art. The focus is the post-revolutionary Soviet Union, though work in France and Weimar Germany is also considered. There is an examination of why construction proved so powerful a metaphor for artists at this time, and this leads to a consideration of ideas of utility and decoration in art and design. Chapter 3, 'Surrealism, myth and psychoanalysis', considers aspects of Surrealism, with an emphasis on questions of sexual difference. It looks at Surrealism's use of the legacy of Freud, and studies a wide range of textual and photographic sources in addition to paintings. In particular, there is a review of Surrealist magazines and the contributionof Georges Bataille. The final chapter, 'Realisms and realities', addresses the widespread debate over the question of Realism in art. For many, Realism represented an alternative to what was seen as the isolation or even elitism of the avant-garde, a viewpoint that gained support from the adoption of Socialist Realism as the official art form of the Soviet Union. However, other voices insisted that the avant-garde had a role to play in the development of a modern realism adequate to the conditions of the twentieth century.