Items related to The Historian 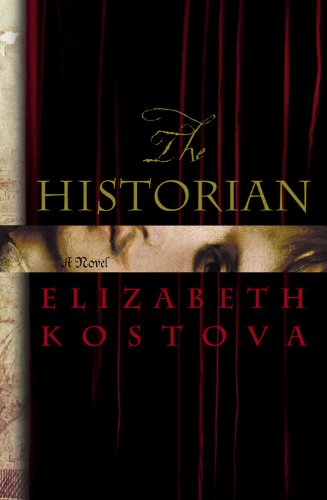 An "innovative" (The New Yorker) retelling of the story of Dracula. Told with the flourish and poise of a talented storyteller, Kostova turns the age-old tale into a compelling "late night page-turner" (San Francisco Chronicle)
When a young woman discovers a cache of ancient letters, she is thrown into the turbulent history of her parents' dark pasts. Uncovering a labyrinthine trail of clues, she begins to reconstruct a staggering history of deceit and violence.

Debut novelist Elizabeth Kostova creates an adventure of monumental proportions, a relentless tale that blends fact and fantasy, history and the present, with an assurance that is almost unbearably suspenseful and utterly unforgettable.

If your pulse flutters at the thought of castle ruins and descents into crypts by moonlight, you will savor every creepy page of Elizabeth Kostova's long but beautifully structured thriller The Historian. The story opens in Amsterdam in 1972, when a teenage girl discovers a medieval book and a cache of yellowed letters in her diplomat father's library. The pages of the book are empty except for a woodcut of a dragon. The letters are addressed to: "My dear and unfortunate successor." When the girl confronts her father, he reluctantly confesses an unsettling story: his involvement, twenty years earlier, in a search for his graduate school mentor, who disappeared from his office only moments after confiding to Paul his certainty that Dracula--Vlad the Impaler, an inventively cruel ruler of Wallachia in the mid-15th century--was still alive. The story turns out to concern our narrator directly because Paul's collaborator in the search was a fellow student named Helen Rossi (the unacknowledged daughter of his mentor) and our narrator's long-dead mother, about whom she knows almost nothing. And then her father, leaving just a note, disappears also.

As well as numerous settings, both in and out of the East Bloc, Kostova has three basic story lines to keep straight--one from 1930, when Professor Bartolomew Rossi begins his dangerous research into Dracula, one from 1950, when Professor Rossi's student Paul takes up the scent, and the main narrative from 1972. The criss-crossing story lines mirror the political advances, retreats, triumphs, and losses that shaped Dracula's beleaguered homeland--sometimes with the Byzantines on top, sometimes the Ottomans, sometimes the rag-tag local tribes, or the Orthodox church, and sometimes a fresh conqueror like the Soviet Union.

Although the book is appropriately suspenseful and a delight to read--even the minor characters are distinctive and vividly seen--its most powerful moments are those that describe real horrors. Our narrator recalls that after reading descriptions of Vlad burning young boys or impaling "a large family," she tried to forget the words: "For all his attention to my historical education, my father had neglected to tell me this: history's terrible moments were real. I understand now, decades later, that he could never have told me. Only history itself can convince you of such a truth." The reader, although given a satisfying ending, gets a strong enough dose of European history to temper the usual comforts of the closing words. --Regina Marler


Payment methods available are: Cash, Checks, Visa, Mastercard, PayPal,
money orders ( must be negotiable in Canada) I reserve right to hold
checks until they clear.

All books are securely packaged.

Returns accepted for full refund within 10 days of receipt, prior notification
required.


Prices in usd. We are located in Canada but take USA and International orders to the USA two or three times a week for shipping. Global Priority is also available, cost is depending on size. Shipping costs are based on books weighing 2.2 LB, or 1 KG. If your book order is heavy or oversized, we may contact you to let you know extra shipping is required.