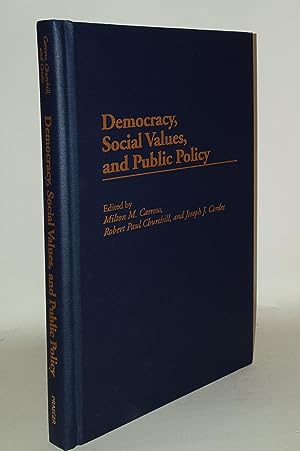 Transcending the widespread concerns about deteriorating moral values in American society, this collection focuses on the common values of American society. Through the perspectives of philosophers, historians, political scientists, theologians, anthropologists, economists, and scientists, this book examines American social values and discusses how they are applied in current areas of public interest.

American democratic ideals are not simply rooted in the conventional structural and institutional elements of a democracy, such as the Constitution and the Bill of Rights. American democracy, in fact, could not survive without a strong basis of social values that support community, tolerance, and cooperation. Since social values form the common bonds of society, and may not be supported by individual members, they are determined through a complex cultural, legal, and political process, as one of the contributors points out.

The contributors to this book were assembled from a variety of disciplines and professions to examine social values and analyze their application in specific areas of current controversy. Through the perspectives of philosophy, anthropology, history, economics, political science, biomedical ethics, and religion, these discussions cover not only disciplinary perspectives but cover topics such as the environment, intergenerational interaction, social welfare policies, gender, and genetic engineering.

Examines the social values of the American people and their application to public policies.