Items related to James and the Giant Peach (Dahl Audio) 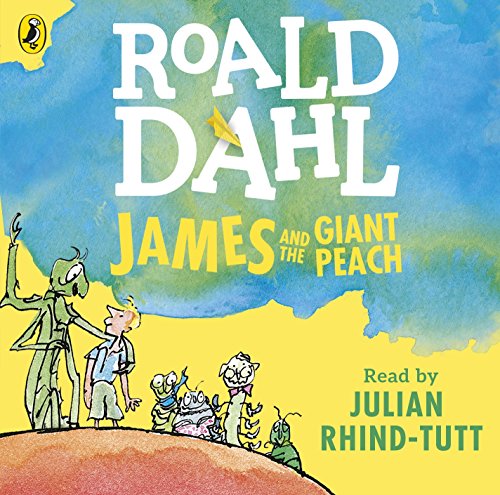 Quantity: 2
View all  copies of this book
Buy New
Price: US$ 18.58 Convert Currency
Shipping: US$ 12.14 From United Kingdom to U.S.A. Destination, rates & speeds
Add to basket

Roald Dahl's children's classic will be rediscovered with wonder and delight in this handsome gift edition with all-new black-and-white illustrations by Caldecott Honor Book artist Lane Smith (who also designed the characters for the Disney animated film).  How James escapes from his miserable life with two nasty aunts and becomes a hero to his new insect family, including Miss Spider, the Old-Green-Grasshopper, the Centipede (with his 21 pairs of gorgeous boots), is Dahl-icious fantasy at its best"This newly-illustrated edition of an avowed children's favorite has all the makings of a classic match-up: Milne had Shepard, Carroll had Tenniel, and now Dahl has Smith...author and illustrator were made for each other, and it's of little consequence that it took almost 35 years for them to meet" --Kirkus.
From the Hardcover Library Binding edition.

Roald Dahl's classic children's novel is now a motion picture from The Walt Disney Company, and this version of James and the Giant Peach grew out of the making of the movie. Lane Smith, conceptual artist for the film, has given James and company a new and arresting look, much in the style of his many highly regarded books, such as Math Curse and The Stinky Cheeseman. Karey Kirkpatrick, the film's screenwriter, created a text that is true to the spirit of Dahl's original, and deftly pulls young readers into the remarkable story. All in all, it's a peach of a book sure to be the pick of every child's bookshelf!