Items related to Women and Romance: A Reader 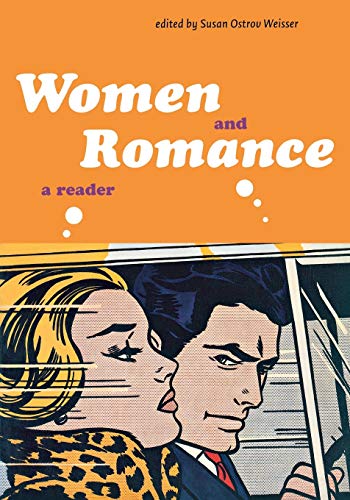 Women and Romance: A Reader

Title: Women and Romance: A Reader

Romantic love has challenged and vexed feminist thought from its origins. Judging from the shelves of books advising women on love problems, there seems to be an ongoing difficulty in maintaining equality in romantic relationships. Does romance weaken or empower women? Why do women seem overwhelmingly attracted to romantic love in spite of raised consciousness in other areas of life that is a legacy of feminism? Have women always been seen as the sex which most seeks love and is best suited for love?

These are some of the questions Women and Romance: A Reader seeks to address in bringing together a collection of texts specifically focused on the subject of women's conflicted but powerful urge to experience the pleasure and endure the pain of romantic love. The first anthology of its kind, Women and Romance includes historical as well as contemporary selections, personal letters as well as theoretical essays, and social science perspectives as well as literary criticism of the novel and the popular mass-market romance. Wiesser lays out in systematic order for the first time the varying viewpoints and conflicted history of feminist views on romance, from Mary Wollstonecraft and Emma Goldman to Germaine Greer and Lillian Faderman.

Introductions to each entry and section clarify the emerging themes of each era and of separate disciplines, while representing the views of traditionalists and anti-romance second-wave feminists alike.

Susan Ostrov Weisser is Professor of English at Adelphi University and Academic Director of the Bard College Clemente Program in the Humanities in Harlem, New York City. She is co-editor of Feminist Nightmares: Women at Odds and author of A Craving Vacancy: Women and Sexual Love in the British Novel, 1740-1880, also available from NYU Press.