Items related to The Elephant to Hollywood 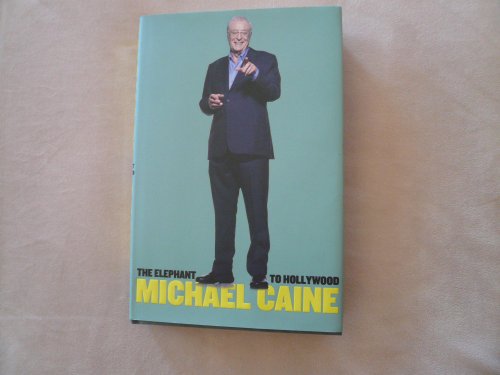 The Elephant to Hollywood

Quantity: 1
View all  copies of this book
Buy Used
Price: US$ 9.95 Convert Currency
Shipping: US$ 5.00 Within U.S.A. Destination, rates & speeds
Add to basket

Title: The Elephant to Hollywood

Charming, engaging, and surprisingly forthright, Michael Caine gives us his insider's view of Hollywood and the story of his brilliant second actWhen he was in his late fifties, Michael Caine believed his glamorous, rags-to-riches Hollywood career had come to an end. The scripts being sent his way were worse and worse. When one script really disappointed, he called the producer to complain about the part. The producer said, "No, no, we don't want you for the lover, we want you for the father." Salvation came in the unlikely form of his old friend Jack Nicholson, who convinced him to give acting one more shot. What followed was not only an incredible personal transformation but also one of the most radical comebacks in film history. Learning to accept his new role both on camera and in his own life, Caine went on to win his second Oscar, be knighted by the queen, and deliver some of his best performances to date. Now he shares the spectacular story of his life, from his

Sir Michael Caine has won two Academy Awards during his distinguished five-decade career on screen. Knighted in 2000, Caine was born in working-class Sussex, England, and served in the British Army before landing his first film role in Zulu (1964). His films include The Ipcress File, Alfie, Hannah and Her Sisters, The Cider House Rules, and Harry Brown. He is the author of the bestselling What's It All About?. He lives in Surrey with his wife of thirty-seven years.