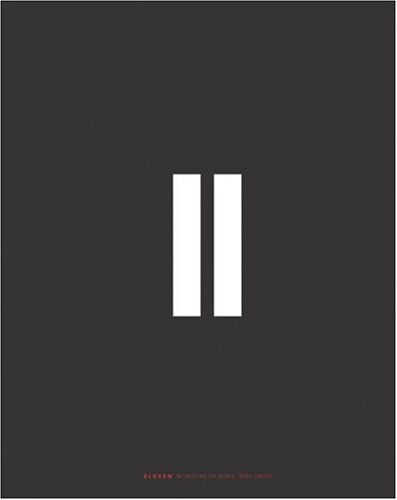 A book by the photographers of CONTACT PRESS IMAGES

Within minutes of the attack on the World Trade Center the morning of September 11, 2001, Contact Press Images, one of photojournalism's preeminent agencies that represents some of the world's greatest photographers, had mobilized half a dozen photographers to cover the event. In the following days, their reportage on the disaster would swell to include more than a dozen photographers who documented in a variety of formats and moods the assault on the towers, their collapse, the firefighters and rescue workers, stunned on-lookers and survivors, the torrent of debris blanketing downtown, and the smoldering wreckage at ground zero.

In order to honor the memory, as well as the cultural and social significance of the twin towers, the agency has compiled a memorial book comprised of 110 photographs (the number of floors of each of the towers), both color and black and white, made by twenty-two photographers affiliated with Contact Press Images, including David Burnett, Frank Fournier, Lori Grinker, and Annie Leibovitz, to be released in time for the first anniversary of the attack. Divided into two sections, the first part will be devoted to the horrific events of September 11. The second part will depict the Trade Centers in all their gravity-defying glory, which the agency had photographed since its inception. It will also include text by Nobel-laureate Toni Morrison (Song of Solomon, Sula), Minoru Yamasaki (chief architect of the World Trade Center), Jacques Menasche (Contact Press Images' writer and 9-11 witness).

The first year anniversary will mark a transition from the "moment" to the "monument." Rather than attempting to be a news presentation, Contact's Eleven is intended to be offered as a visual elegy marking the life and death of the great landmark. In this sense, it is reminiscent of the hundreds of memorial (Yizkor) books produced after theHolocaust by survivors whose villages no longer existed. Then, as now, the function was two-fold. First, as witnessing books -- that is, books that gave testimony to the disaster of the holocaust; secondly, as tributes, meant to memorialize the life and history of towns that had disappeared.

Seasoned in the field covering wars and revolutions, professional photo-journalists, like rescue workers, are trained to head towards a crisis. Contact Press Images photographers, on the morning of September 11, 2001, did exactly that. Transfixed, and then quickly galvanized, they raced down to Ground Zero to shoot the horrifying events unfolding before the eyes of the world. Their searing images show the assault itself, the collapse of the towers, the emergency response personnel, stunned on-lookers, and the shocking wreckage remaining after the torrent of debris finally settled days later.

The 110 photos in the book not only document for all time the tragedy that brought the towers down, but also celebrate the buildings with extraordinarily beautiful images taken of them over the last twenty seven years. Twenty-two photographers are featured in the book including Frank Fournier, Lori Grinker, Annie Leibovitz, and David Burnett, accompanied by texts written by Jacques Menache, WTC architect Minoru Yamasaki, and a powerful essay by Nobel Laureate Toni Morrison. 11: WITNESSING THE WORLD TRADE CENTER 1974-2001 gives eloquent testimony to the disaster, but also functions as a tribute – memorializing the buildings that fell, and the lives that ended on September 11th. Contact Press Images has created an historic record to keep forever.