Items related to The Holy Land I Love: Classic Scenes from Ancient Bible... 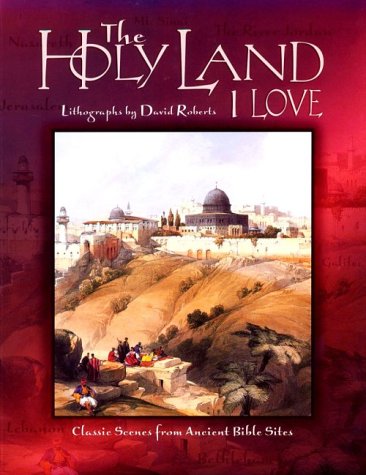 Title: The Holy Land I Love: Classic Scenes from ...

When world-renowned artist David Roberts was commissioned to paint scenes of Biblical lands, the 19th Century painter was overjoyed. His rich illustrations, of which this book consists, provide virtually the only visual, early records of the region, including the Buried Sphinx, wild-but-mystical Jerusalem, Bethlehem, Hebron, Petra, and the Jordan River. Roberts' illustrations capture 19th Century life in the Holy Land as it really was.

Born in Scotland in 1796, David Roberts loved to sketch local castles and cathedrals as a boy. Upon returning from the Middle East in 1839, he found his fame spreading with ROBERTS HOLY LAND. Elected as a full member of The Royal Academy, he continued to receive honors and acclaim until his death in 1864.