Items related to Thirty Years in the Arctic Regions 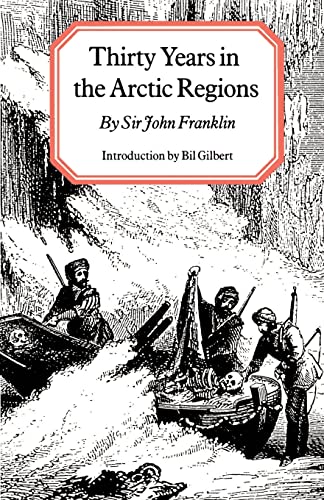 Thirty Years in the Arctic Regions

In 1845 Sir John Franklin and his expedition, sailing on the Erebus and the Terror, set out in search of the Northwest Passage. In their pursuit of that elusive water route across North America they all perished, their fate remaining unknown for many years. Franklin and his crew inspired a spate of books on exploration in the nineteenth century, and interest in his expedition has revived with the recent discovery of the bodies of several of its members, perfectly preserved by ice for nearly a century and half. Thirty Years in the Arctic Regions, originally published in 1859, is Franklin's own record of his earlier explorations that put the high arctic on the map, and includes his last letter and reports tracing the expedition's last movements. He describes the daily progress of his two overland expeditions from 1818 to 1827, which covered a thousand miles between the Great Slave Lake and the Arctic Ocean and charted fourteen hundred miles of coastline between Cape Beechey in present-day Alaska and Bathurst Inlet, to the north of Hudson Bay. It is a narrative filled with the exhilarating strangeness of everything about the Far North and unimaginable hardship endured heroically.

Bil Gilbert's introduction is informed by a first-hand feeling for what Franklin was up against. Several years ago he followed much of the explorer's route, an experience that is described in Our Nature (Nebraska, 1986).

"John Franklin is a pastor and a nationally known speaker in the area of prayer and spiritual awakening. He is the author of And the Place Was Shaken: How to Lead a Powerful Prayer Meeting " coauthor of By Faith: Living in the Reality of God " and Spiritual Warfare: Biblical Truth for Victory " compiler of A House of Prayer: Prayer Ministries in Your Church " and contributor to numerous books and articles. " "He founded John Franklin Ministries to resource churches in prayer and spiritual awakening and has served as prayer specialist for LifeWay Christian Resources and the minister of prayer at First Baptist Church of Woodstock Georgia. Franklin earned a doctorate of ministry from Beeson Divinity School in Birmingham Alabama; a master of divinity degree from the Southern Baptist Theological Seminary in Louisville Kentucky; and a BA in international relations history and Spanish from Samford University in Birmingham Alabama. " "He is married to Kathy and they have three children: Daniel Nathan and Susanna. "