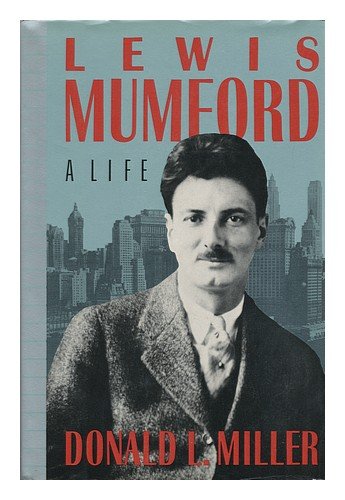 Quantity: 1
View all  copies of this book
Buy Used
Price: US$ 9.94 Convert Currency
Shipping: US$ 4.99 Within U.S.A. Destination, rates & speeds
Add to basket

Traces the life of the noted American writer, discusses his major works, and offers a glimpse of his complex personality.

One of the world's foremost experts on cities, architecture and the impact of technology on civilization, Mumford is also a prophet (a Jonah, as he thinks of himself) who took early stands against McCarthyism and the Vietnam War, who has thundered against social and political abuses and has constantly warned of the dangers of rampant urban expansion. Yet, for all this outspokenness and his 30-odd books--which include Technics and Civilization , his masterwork The City in History and an autobiography--he has remained an elusive figure. In this solid first biography--a 10-year labor based on the massive Mumford archive, both public and hitherto private--Miller ( The New American Radicalism) provides a rich and balanced portrait of the man, his personality, family life, friendships, achievements and, above all, the ideas that have been his primary building blocks. The volume makes it easy to understand why Malcolm Cowley called Mumford "the last of the great humanists."
Copyright 1989 Reed Business Information, Inc.