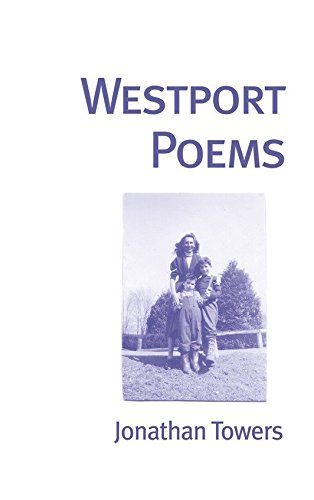 A beloved, familiar figure known as “Jon the Walker” for his daily appearances traversing the marshes and waterways of various Connecticut towns, Jonathan Towers composed brief, emotionally evocative poems until his suicide in 2005 after years of struggle with mental illness. His work was fueled by reading and a rich inner life exploring the tarot, medieval history, courtly love and relationship, and the pre-Socratic philosophers. These poems beautifully evoke a sense of place, while also powerfully critiquing the forces of modern life that threaten it.

When he moved to Bridgeport in 1992, poet Jonathan Towers began writing about his surroundings, much as he had written about the West when living in Colorado, and New York when he lived in the City. His work from 1992-2005 was the result of walking, often all day every day, on the marshes and waterways of Westport, Darien, Bridgeport, Fairfield, Camden and surrounding towns, so much so that residents around Green Farms Road called him "The Walker." Towers was opposed to the internal combustion engine and would not get in a car; he counted leaf blowers and lawn mowers among the banes of modern suburban life. His contemplative life was deeply impacted by mental illness, though he wanted nothing to do with hospitals after a disastrous time at Shephard-Pratt, the prominent psychiatric institution in Towson, Maryland, where he was given copious amounts of stelazine and thorazine. Jonathan Towers died suddenly in May, 2005, a suicide.