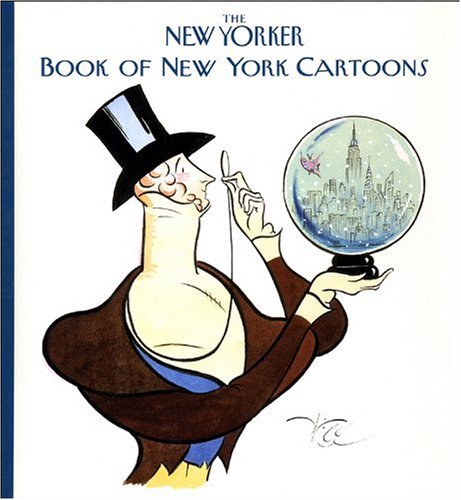 Here, in one hundred cartoons spanning eight decades, the cartoonists of The New Yorker brilliantly and hilariously illuminate both the reality of New York and the city of our imaginations. This collection captures the amazing melting pot of cultures, ideas, and emotions that makes New York unique in the minds of people across the nation and around the world.

With contributions from George Booth, Roz Chast, Lee Lorenz, Arnie Levin, George Price, Mick Stevens, Robert Weber, and other great artists, these cartoons pay tribute to the spirit New York's residents and visitors rely on to coexist with both its demands and its greatness.

Robert Mankoff has published cartoons in The New Yorker since 1974. He is also cartoon editor of The New Yorker, founder and president of The Cartoon Bank, and the editor of numerous New Yorker cartoon collections, most recently The New Yorker Book of Baseball Cartoons. Bob was born and bred in New York and wouldn't have it any other way.