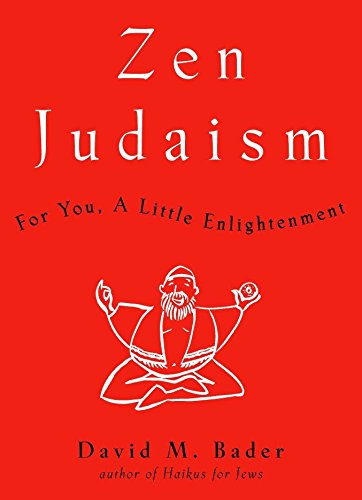 Few spiritual practices are more intriguing or elusive than those of Zen Judaism,” says David M. Bader in the foreword to Zen Judaism. “This growing movement offers a unique way to follow in the footsteps of the Buddha, ideally without gaining quite so much weight.” These nearly 100 sacred teachings are capable “of bringing about an enlightenment experience so pure, so elevating, and so intense, you could plotz.”

For you, some samples:

To know the Buddha is the highest attainment. Second highest is to go to the same doctor as the Buddha.

Be here now. Be someplace else later. Is that so complicated?

There is no escaping Karma. In a previous life, you never called, you never wrote, you never visited. And whose fault was that?

If there is no self, whose arthritis is this?