Items related to Songs of Earth & Power: The Infinity Concerto and... 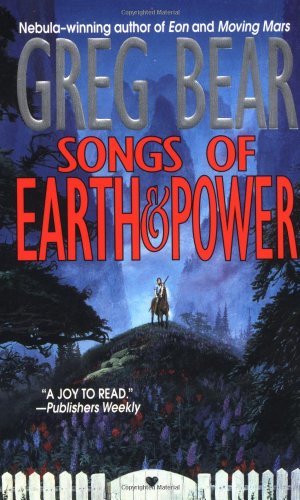 Songs of Earth & Power: The Infinity Concerto and the Serpent Mage

Quantity: 1
View all  copies of this book
Buy Used
Price: US$ 1.49 Convert Currency
Shipping: US$ 3.79 Within U.S.A. Destination, rates & speeds
Add to basket

The Song of Power opened the gateway to the Realm of the Sidhe, allowing young Michael Perrin to slip through. Now Michael faces years of captivity and deadly struggles for the future of the Realm and of Earth--leading finally to a terrible confrontation on the streets of Los Angeles, with the soul of humanity at stake.

Weaving the power of music, poetry, and myth into a headlong narrative of nearly overwhelming intensity, Song of Earth and Power is one of the most original fantasy epics of our time, a vast tapestry of relentless suspense, terrible beauty, and brilliant imagination. Originally published years ago in two parts, it now returns in a new edition rewritten by the author and published in a single volume as he originally intended. Wrote Analog on its original appearance: "A delight....A vision of Faery that may owe a bit to a wish to do it right. Read it."

Greg Bear sold his first short story, at the age of fifteen, to Robert Lowndes's Famous Science Fiction. Since then, he has written some twenty novels. A winner of the Hugo and Nebula Awards, Bear is married to Astrid Anderson, and they, and their two children, live near Seattle, Washington.