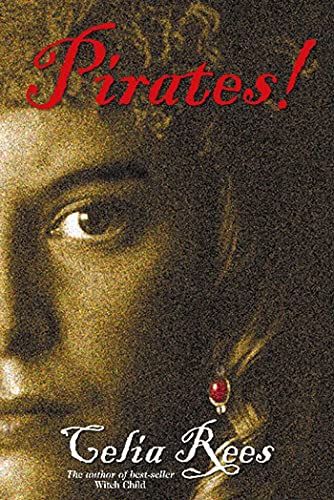 It is the dawn of the eighteenth century, when girls stay home and sew while men sail the high seas finding adventure, danger, and gold. But two unusually adventurous girls-a rich merchant's daughter, Nancy Kington, and her former plantation slave, Minerva Sharpe-take to the high seas from Jamaica on a ship the crew renames Deliverance. Not just any trading ship, the Deliverance flies black flags from its mast, proclaiming to all that the newly named, hijacked ship is a pirate vessel, striking fear into the hearts of those she approaches. Or so they hope.
For Nancy, the Deliverance is her escape from an arranged betrothal to a controlling and devilish man. For Minerva, it is escape from slavery, as well as from the fearsome overseer on Nancy's family plantation. But in the end, the money, the adventure, the companionship, and the chance to see the world not as women, but as bold and daring pirates, is an opportunity neither can ignore.
A powerful, thrilling, and ultimately inspiring journey of two women who break the bonds of gender, race, and position to find their own way to glory.
Recognition
A Book Sense Top Ten Children's Pick A PW Daily Editor's Pick An ALA Best Book for Young Adults A YALSA Top Ten Teen Book An International Reading Association Young Adult Choice VOYA's Top Shelf Fiction for Middle School Readers A New York Public Library Book for the Teen Age A Texas Tayshas Reading List Book A Michigan Library Association Teen Services Division "Thumbs Up" Award A Kentucky Bluegrass Awards Reading List Book Nominated for the 2006 Nevada Young Reader's Award in the YA category
Pirates! has been awarded the 2004 Michigan Library Association Teen Services Division Thumbs Up! Award.
The American Library Association chose Pirates! as one of 2004's Best Books for Young Adults. A 15-member committee compiles the list from over 900 submissions. Chosen books meet the criteria of both good literary quality an

Nancy Kington, a wealthy merchant’s daughter living in Bristol, England in the early 1700’s, is sometimes lonely but enjoys the privileges her father’s business brings. Minerva Sharpe is a penniless slave’s daughter living and working on the Kington’s Jamaican plantation. These two young women, united through a set of extraordinary circumstances including a brutal murder, an arranged marriage, and set of ruby earrings, find themselves sailing the high seas in search of love, adventure and freedom—as pirates!

Celebrated British author Celia Rees (Witch Child, Sorceress) has penned a treasure chest of a tale that will keep teens glued to the pages until the last villain sinks to a deserved watery grave and the last beautiful heroine is reunited with her lost love. Frustrated land-lubbers will want to follow up this four-star read with L.A. Meyer’s Bloody Jack: Being an Account of the Curious Adventures of Mary "Jacky" Faber, Ship’s Boy or Sara Lorimer‘s Booty, a collection of all-true tales of swashbuckling women.--Jennifer Hubert