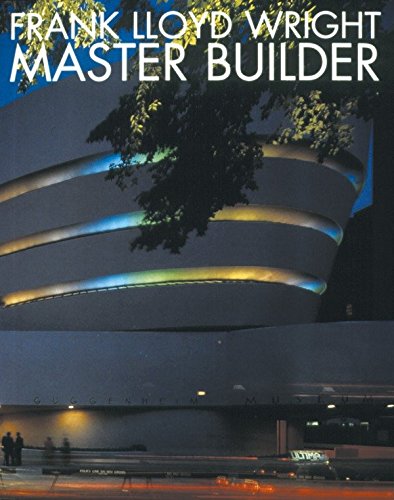 Additional items from this seller ship for US$ 3.99 per item.

This book presents twenty-five of the most renowned and significant buildings of America's premier architect, from his early Prairie work in Oak Park, Illinois, in the 1890s to his daring creations of the 1940s and 1950s.

Published in association with the Frank Lloyd Wright Foundation, this superbly illustrated volume features previously unpublished photographs for which renowned architectural photographers Michael Freeman and Paul Rocheleau gained unprecedented access to some of Wright's masterworks. The book examines in unsurpassed detail a selection of Wright's architecture that covers the phenomenal range of his work, including such internationally famous buildings as the Home and Studio in Oak Park, Taliesin West in Scottsdale, Arizona, Fallingwater in Mill Run, Pennsylvania, and the Solomon R. Guggenheim Museum in New York, as well as several lesser-known residences such as the Auldbrass Plantation in South Carolina and the Kenneth Laurent house in Rockford, Illinois.

The works featured here are succinctly documented by one of Wright's former apprentices, with text that details the development and execution of each commission. Also included throughout is a selection of Wright's extensive writings, unpublished talks, and private letters.

Bruce Brooks Pfeiffer is director of archives at the Frank Lloyd Wright Foundation and has unprecedented access to its 300,000 correspondence documents and 22,000 drawings. He has been a member of the Taliesin Fellowship for sixty years, was an apprentice who drew and studied architecture under Wright, and is author or editor of more than forty books on Frank Lloyd Wright.

David Larkin is a book designer, editor, and art director who has traveled the country over the past decade working on his visual book documentaries that record American history through its buildings, vernacular architecture, rural life, material culture, and design. He is the author of numerous books including the American Masterworks series, Farmhouse (2005), Barn (2003), American Home (2001), and The Treehouse Book (2000). He lives in Cherry Plain, New York.