Items related to cell to cells 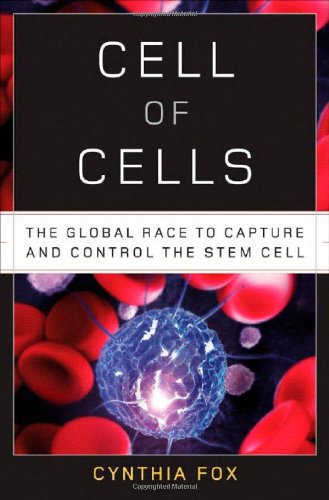 Positioned at the cutting edge of science, Cell of Cells charts the international race to utilize the stem cell.

From a lab in the Sahara, where one problem is sand in the petri dishes, to an Israeli lab that narrowly escapes a terrorist bomb, stem cells have gone global. Not only are the cells studied in an escalating number of labs―and lands―but they are already being used. In Japan, a respected doctor uses the cells to make small women better endowed. In Connecticut, stem cell technology has created cloned cows that roam the hills displaying eerily identical personalities. In Texas, stem cells rejuvenate dying hearts. In China, clinics offer stem cells to patients suffering from everything from paralysis to brain trauma.

In elegant, cogent prose, science journalist Cynthia Fox has illuminated the reality and promise of stem cell therapies. Cell of Cells illustrates how the extensive, fervent experimentation currently under way is causing a revolution, both in the body and in the international body politic. About the Author:

Cynthia Fox is an award-winning writer, focusing on science, whose work has appeared in publications including Wired, Fortune, Rolling Stone, Esquire, The Scientist, Engineering in Medicine and Biology, and Discover. She lives in Brooklyn, New York.