Items related to Encyclopedia of Witches and Witchcraft 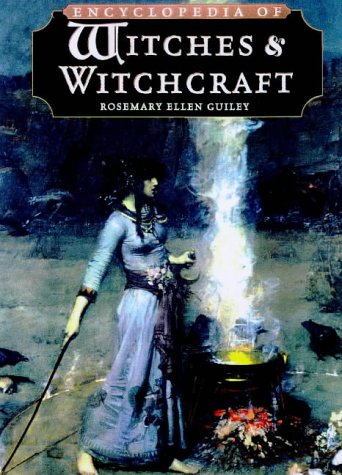 Encyclopedia of Witches and Witchcraft

Quantity: 1
View all  copies of this book
Buy Used
Price: US$ 12.50 Convert Currency
Shipping: US$ 4.99 Within U.S.A. Destination, rates & speeds
Add to basket

Title: Encyclopedia of Witches and Witchcraft

In the decade-plus since the first edition of this book was written, there has been a veritable explosion of information on the subject of witchcraft, especially as it is perceived in Western society. Some of it is historical, dealing with new accounts of the European witch-hunts of the Middle Ages and Renaissance. Most of this new information relates to Witchcraft (with a capital W) the contemporary Pagan religion: a Nature- and Goddess-based spiritual path reconstructed from Pagan beliefs and rites, folk magic and ceremonial magic. This contemporary religion, also called Wicca, bears some resemblance to witchcraft as a tradition of folk magic, but has nothing in common with the Devil-worshipping beliefs of the witch-hunts.

The original intent of this encyclopedia was to provide a compendium of entries related to the history and aspects of witchcraft, up to and including the contemporary developments of Witchcraft, Wicca and Paganism. Although I have included some cross-cultural entries, the focus of the book is on Western magic and witchcraft. There are new entries on historical figures and topics related to folklore, magic and folk witchcraft. Many entries have been updated and expanded, and given "further reading" lists that will benefit the reader.

As for contemporary Witchcraft, I have updated entries and added a few new ones. This rapidly growing religion is evolving on its own in its own directions, and probably needs an encyclopedia of its own. I have covered major points and a selection of prominent people. I have not attempted to provide an exhaustive account of the many and ever-changing permutations of, and debates within, Witchcraft and Paganism, nor have I attempted to compile a who's-who list of personages. Witchcraft the religion is but one aspect of the overall subject of witchcraft.

Because the distinction between Witchcraft and witchcraft can be confusing, I have to side with the Witches who are preferring the term Wicca. I expect the use of the terms Wicca and Wiccan to increase as this religion continues to grow. Nonetheless, there remain many Witches who are firm about retaining Witch and Witchcraft to describe their religion. It is up to the public, then, to learn to distinguish between Witchcraft the religion and witchcraft the folk tradition.

Paganism is now a topic of serious academic and religious study, and is taking its place among the diverse faiths of the world. Much of the credit for this goes to a contemporary romance with nature, a desire for personal transcendent experience (which Paganism offers), and to the Witches and Pagans who have campaigned tirelessly to educate the public about what they believe and practice. Ten years ago, few were willing to be open in the public. Today, the public can choose from countless books, periodicals and websites. The openness provides an unusual opportunity to watch the evolution of new religions.