Items related to Palladio The Architect and Society 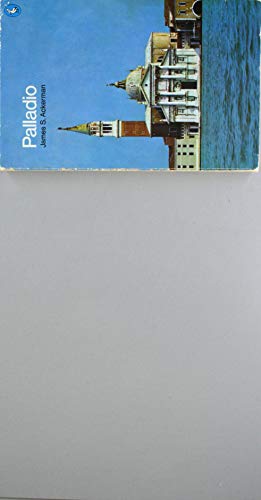 Palladio The Architect and Society

Quantity: 1
View all  copies of this book
Buy Used
Price: US$ 9.98 Convert Currency
Shipping: US$ 4.99 Within U.S.A. Destination, rates & speeds
Add to basket

Photographs and illustrations throughout. Seller Inventory # 105656

Title: Palladio The Architect and Society

Illustrator: Photographs and illustrations Throughout

Palladio is the most imitated architect in history. His buildings have been copied all over the Western world - from Leningrad to Philadelphia - and his ideas on proportion are still current nearly four hundred years after his death. In this, the first full account of his career to be published in English, Professor James Ackerman investigates the reasons for his enormous and enduring success. He presents him in his historical setting but is constantly alert to his relevance for us today.

James S. Ackerman, Arthur Kingsley Porter Professor of Fine Arts Emeritus at Harvard University and a Fellow and former Trustee of the American Academy in Rome, was born in San Francisco in 1919 and studied at Yale and New York University. He is a former editor of the Art Bulletin, a member of the American Academy of Arts and Sciences, and a corresponding member of the British Academy, the Accademia Olimpica (Vicenza), the Ateneo Veneto and the Royal Academy of Uppsala. He gave the Slade Lectures at Cambridge in 1969-70.

Professor Ackerman has lived several years in Italy, beginning with service during the last war, and is the author of many studies on Italian architecture, including The Cortile del Belvedere (1954), a history of the Renaissance portion of the Vatican Palace, and The Architecture of Michelangelo (1961), which received the Charles Rufus Morey Award of the College Art Association of America and the Alice David Hitchcock Award of the Society of Architectural Historians. Recently, he has published The Villa: Form and Ideology of Country Houses (1990); a volume of collected essays, Distance Points, is in press. He is co-author of a volume on historical practice and theory, Art and Archaeology (1963). He has conceived an narrated the films Looking for Renaissance Rome (1975, with Kathleen Weil-Garris Brandt) and Palladio the Architet and His Influence in America (1980).