Items related to Go Tell It on the Mountain 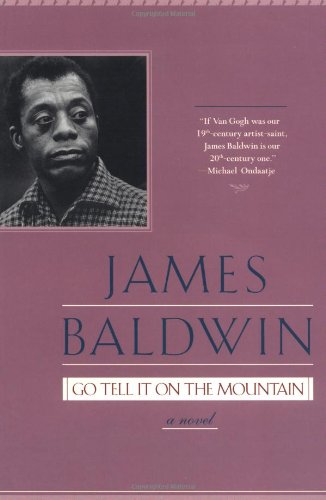 Go Tell It on the Mountain

Quantity: 1
View all  copies of this book
Buy Used
Price: US$ 3.99 Convert Currency
Shipping: US$ 5.00 Within U.S.A. Destination, rates & speeds
Add to basket

Title: Go Tell It on the Mountain

"Mountain," Baldwin said, "is the book I had to write if I was ever going to write anything else." Go Tell It On The Mountain, first published in 1953, is Baldwin's first major work, a novel that has established itself as an American classic. With lyrical precision, psychological directness, resonating symbolic power, and a rage that is at once unrelenting and compassionate, Baldwin chronicles a fourteen-year-old boy's discovery of the terms of his identity as the stepson of the minister of a storefront Pentecostal church in Harlem one Saturday in March of 1935. Baldwin's rendering of his protagonist's spiritual, sexual, and moral struggle of self-invention opened new possibilities in the American language and in the way Americans understand themselves.

First published in 1953 when James Baldwin was nearly 30, Go Tell It on the Mountain is a young man's novel, as tightly coiled as a new spring, yet tempered by a maturing man's confidence and empathy. It's not a long book, and its action spans but a single day--yet the author packs in enough emotion, detail, and intimate revelation to make his story feel like a mid-20th-century epic. Using as a frame the spiritual and moral awakening of 14-year-old John Grimes during a Saturday night service in a Harlem storefront church, Baldwin lays bare the secrets of a tormented black family during the depression. John's parents, praying beside him, both wrestle with the ghosts of their sinful pasts--Gabriel, a preacher of towering hypocrisy, fathered an illegitimate child during his first marriage down South and refused to recognize his doomed bastard son; Elizabeth fell in love with a charming, free-spirited young man, followed him to New York, became pregnant with his son, and lost him before she could reveal her condition.

Baldwin lays down the terrible symmetries of these two blighted lives as the ironic context for John's dark night of the soul. When day dawns, John believes himself saved, but his creator makes it clear that this salvation arises as much from blindness as revelation: "He was filled with a joy, a joy unspeakable, whose roots, though he would not trace them on this new day of his life, were nourished by the wellspring of a despair not yet discovered."

Though it was hailed at publication for its groundbreaking use of black idiom, what is most striking about Go Tell It on the Mountain today is its structure and its scope. In peeling back the layers of these damaged lives, Baldwin dramatizes the story of the great black migration from rural South to urban North. "Behind them was the darkness," Baldwin writes of Gabriel and Elizabeth's lost generation, "nothing but the darkness, and all around them destruction, and before them nothing but the fire--a bastard people, far from God, singing and crying in the wilderness!" This is Baldwin's music--a music in which rhapsody is rooted anguish--and there is none finer in American literature. --David Laskin