Items related to Paradise from "The Divine Comedy" (Great Epics... 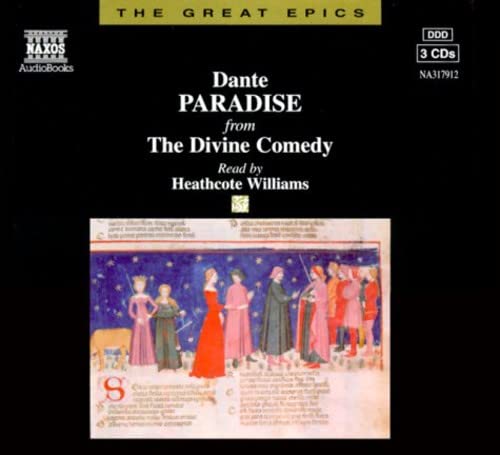 Dante's The Divine Comedy is one of the most influential works of Western literature. Published shortly after Dante's death in 1321, it is a remarkable vision of a man's journey down into Inferno, then to the limbo of Purgatory where Man pays penance while awaiting redemption, and finally to the bliss of Paradise. It has retained its power and its poetic impulse over seven centuries.

"Paradise" is the final part of Dante's epic trilogy "The Divine Comedy". Having said farewell to his faithful guide Birgil, Dante is left to make the final journey to Paradise. The reader is the poet, playwright and actor Heathcote Williams.

Paradise from the Divine Comedy 3 Cd's