Items related to Journey Through Heartsongs 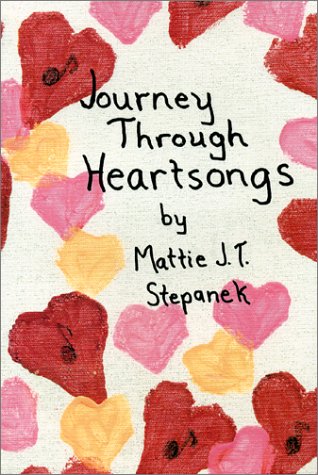 The award winning poetry of 11-year-old Mattie Stepanek has touched the lives of many people. Mattie has written movingly and courageously about life and death, love and loss, faith and hope, innocence and joy. His struggle with a rare form of muscular dystrophy has given him wisdom and insight that has moved and inspired everyone from small children to our nation's leaders

Eleven-year-old Matthew Joseph Thaddeus Stepanek, best known as "Mattie," has been authoring poetry and short stories since age three. Some of his works explore his uncensored reality of living with a rare form of muscular dystrophy, and the grief associated with the loss of his three siblings to the same life-threatening condition. However, most of his expressions proclaim the innocent hope, profound wisdom, and delightful humor of childhood. Mattie's poems have been published in a variety of mediums, and he has been an invited speaker or Keynote for several seminars, conferences, and television shows. In 1999, he was awarded the Melinda Lawrence International Book Award for inspirational written works, by the Children's Hospice International. In addition to writing, Mattie enjoys reading, collecting rocks and shells, and playing with Legos. He has earned a Black Belt in Martial Arts, and serves as the Maryland State Goodwill Ambassador for the Muscular Dystrophy Association. He lives in Upper Marlboro, MD with his mother, Jeni, where he is home schooled

"...Mattie has become a teacher whose words make the wisdom and beauty of creation available to us all..." -- Bernie Seigal