Items related to The League of Extraordinary Gentlemen 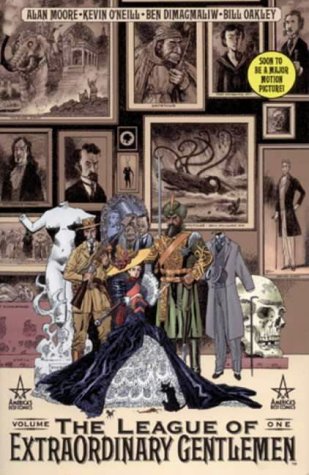 Page edges tanned, light wear to cover which has a price label on the back. Shipped from the U.K. All orders received before 3pm sent that weekday.

Alan Moore is one of the most respected and admired writers in comics today. His credits include The Ballad of Halo Jones, Watchmen, V For Vendetta and Swamp Thing. He is currently writing a League sequel, as well as Tom Strong and Promethea. Kevin O'Neill's work includes A.B.C. Warriors, Batman, Metalzoic and, more recently, Marshal Law, also available from Titan Books.