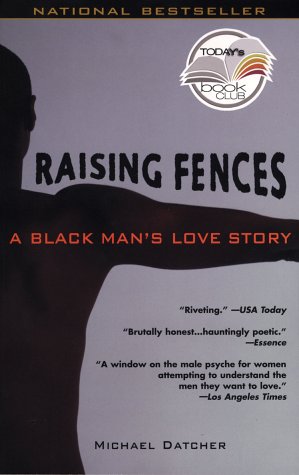 Relating his fatherless childhood in inner-city Los Angeles, a poet and journalist describes his yearning, and that of other African American men, to escape this destructive cycle to achieve personal security and happiness.

Michael Datcher, a journalist and spoken-word poet, has written for Vibe, The Los Angeles Times, The Washington Post, The Baltimore Sun, and Buzz. A former Pacific News Service correspondent, Datcher has contributed essays to a number of anthologies.

Much like Mark Matousek's acclaimed memoir, Sex Death Enlightenment, Datcher's debut confronts the psychosocial damage caused by fatherlessness. In this case, the paternal absence is compounded by abandonment by Datcher's mother. A former editor-in-chief at Image magazine, and now a successful poet and writer, the author spent part of his childhood in Long Beach, Calif., obsessed with the idea of becoming a husband and father, but determined not to become an absentee dad like many of the men in his African-American community. As a young boy, he idolized his adoptive mother, who acted as an emotional anchor for him during the turbulent years of his adolescence in the 1970s. (She had been handpicked to raise him by Datcher's biological mother, who had been raped at age 16.) Datcher's voice in this heartfelt confessional alternates between that of a truly bewildered young man desperately seeking a male role model and a hip, cocksure guy. Emotionally withdrawn and suffering from a stutter, Datcher seeks to find his way by running with a group of other lost souls, briefly stumbling into petty crime that leads to arrest and being terrorized by police. Later, he becomes romantically involved with a young Dominican woman, though complications soon develop that threaten to cast him into the role of absentee father that he has so long resisted. Deeply reflective, occasionally offbeat and tearful, Datcher's memoir combines attitude, honesty and romance in a way that should appeal to both men and women. This triumphant tale is a stunning tribute to perseverance, courage and the power of positive thinking. (Mar.)Forecast: Datcher's story taps into a raw nerve in the black community, and his vibrant, down-to-earth voice should, with the help of a national media tour and radio satellite tour, attract a strong following.