Items related to Surfing the Himalayas 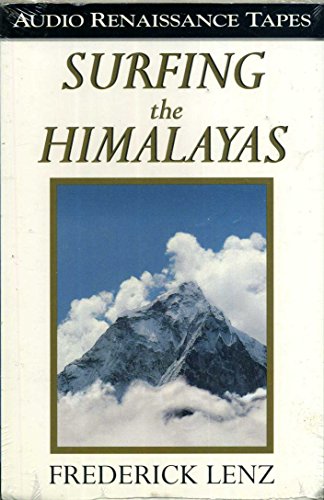 An American snowboarder arrives at the top of the Himalayas, where he plows into a Buddhist monk who shows him the parallels between snowboarding and spiritual fulfillment.

Rama Dr Frederick Lenz was a businessman, author and teacher. He was a partner in several advanced technology companies as well as lecturing in Buddhist meditation and Yoga. He was also a Black Belt in karate and world-class snowboarder. He died in 1998.

Despite (or perhaps because of) considerable controversy regarding Lenz's reputed cult connections (see Prepub Alert, LJ 7/95), Surfing the Himalayas became a best seller. In this sequel, our snowboarding protagonist's search for truth via Buddhism is nearly waylaid by down-to-earth romance.
Copyright 1996 Reed Business Information, Inc.

Surfing the Himalayas : Conversations and Travels with Master Fwap