Items related to The Cats of Lamu

Couffer, Jack The Cats of Lamu 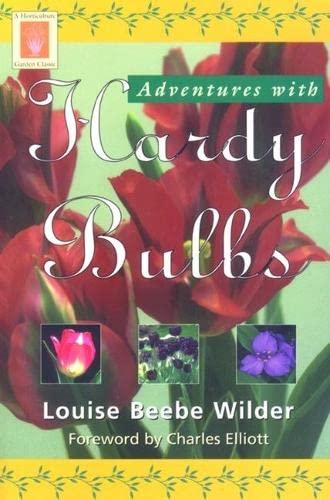 Four or five thousand years ago, African wild cats were domesticated by the Egyptians. Several hundred years and many cat generations later, the wild animal gradually evolved into the domestic cat as we now know it. Today's many varieties of house cats differ noticeably from their Egyptian ancestors, and the cats of present-day Cairo look the same as cats from everywhere else.

But not far from Egypt is an island where a unique group of cats resembles those of the ancients. They are remarkable in their social organizations and in their place within a human culture. On the Lamu archipelago, off the coast of Kenya, the cats of the pharaohs may still survive.

The Cats of Lamu is a window into a timeless world where cats and people live together - independently and beneficially - in the land where their ancestors thrived.

Jack Couffer studies his subjects as a naturalist, coming to know individual cats and the inner workings of their "prides," as he aptly calls their family groups. Following the cats around the beach as they wait for the fishing boats to come in, and snooping around backyard gardens to trail them on nightly excursions, Couffer gains rare insight into cat behavior - as well as a reputation among his neighbors as an eccentric. His enchanting book documents the lives and relationships of these special cats in gorgeous photographs and lively text.

Lamu is a small archipelago off the coast of Kenya, once an important point in the trade from Africa to the East. When Mr. Couffer came upon it, the place was a beautiful backwater inhabited by fishermen, mostly Muslim, and cats, possibly descended from those revered in old Egypt. These feral cats are slim, with long legs and tails, and have been recognized as a distinct breed. Mr. Couffer took to studying them, but could not maintain the detachment proper to an animal behaviorist. The group--he calls it a pride--close to his house offered such a variety of conduct and such distinctive faces that the members acquired names like Ink Spot and Midnight, Lady Gray and Kinky. Neighboring, less polished tribes included Ugly and Captain Hook. Mr. Couffer discovered--and describes with a mixture of precision and sly humor--territories, social ranks, protocol, family connections, and communication systems among his cats. He warns that "the price one pays to play at studying cats is high," for he has trespassed over garden walls, has leaped out of the way of a battle, and once had to "spend half the night watching cats sniffing urine." His report on Lamu and its cats is charmingly written but ultimately a bit sad, for modern improvements and the tourist trade have encroached on the area. Meddlesome off-islanders propose to bring the feline citizens to order with a neutering campaign, regardless of the fact that those citizens have kept their own order for centuries and have cleaned the streets as well. The photographs are numerous and handsome. -- The Atlantic Monthly, Phoebe-Lou Adams

A whimsical and surprisingly winning study of the cats indigenous to the Lamu Archipelago, a series of small islands off the coast of Kenya. Couffer (Bat Bomb: World War II's Secret Weapon, etc.) argues that, due to their likely long isolation on the islands, these distinctivc-looking cats may be the closest living representatives of the wild breed that the Egyptians first domesticated some 4,000 years ago. That isn't established here with any certainty, though it is true that the flocks of cats that haunt the beaches of the islands, waiting for the local fishing fleets to return, and that inhabit the islands mangrove swamps, do share with the cats represented in ancient Egypt a distinctive blend of long legs, a slim body, a long neck and a small head. Couffer, to the bafflement of Lamu's Muslim population, spent his days closely following the extended groups of cats (he calls them ``prides'') around, and he describes their intelligence and self-sufficiency with vigor and affection. His photographs capture with clarity and a sharp eye both the lives of these multicolored felines and the traditional rhythms and details of Lamu's human inhabitants. (100 color and b&w photos) -- Copyright ©1998, Kirkus Associates, LP. All rights reserved.

The Cats of Lamu Couffer, Jack