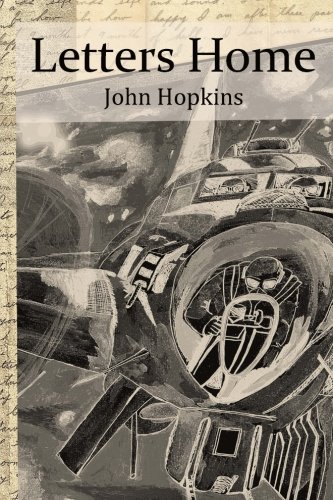 December 7, 1941 found Bill Germiller with a good job, a girl he loved, and the prospect of marriage and success on the horizon. Then, like millions of other Americans, Bill’s life was turned upside down. Sixty-six years later, the daughter of Bill and Peggy Germiller came across a dusty trunk in a corner of her deceased parents’ attic. Filled with letters, photos, and a journal that Bill had kept during the War, it held a story unique to Bill and Peggy, yet so familiar to their generation. Letters Home tells of a burning, doomed B-17, a parachute descent into the teeth of German rifle fire, an arduous trek across Europe to a POW camp in the East, survival under near-starvation conditions, a 600 mile march in the depths of winter, and a dash to the American lines and freedom. It is the story of a war, but also the story of a love that persevered years of separation, the possibility of death, the uncertainty of missing-in-action status, and almost impossible odds. Take this journey with Bill and Peggy through their time, and our nation’s time, of challenge and victory.

Buy Used
Condition: Good
Item is in good condition. Some... Learn more about this copy

Book Description Paperback. Condition: Good. Hopkins, Chevon (illustrator). Item is in good condition. Some moderate creases and wear. This item may not come with CDs or additional parts including access codes for textbooks. Might be an ex-library copy and contain writing/highlighting. Photos are stock pictures and not of the actual item. Seller Inventory # DS-154423483X-3