Items related to The Race 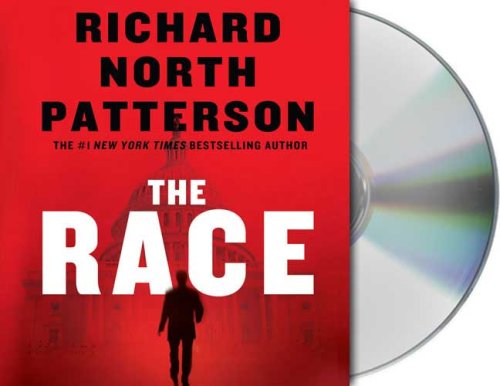 Can an honest man become president? In this timely and provocative novel, a maverick candidate takes on his political enemies and the ruthless machinery of American politics Corey Grace—a handsome and charismatic Republican senator from Ohio—is plunged by an act of terrorism into a fierce presidential primary battle with the favorite of the party establishment and a magnetic leader of the Christian right. A decorated Gulf War Air Force pilot known for speaking his mind, Grace’s reputation for voting his own conscience rather than the party line—together with his growing romance with Lexie Hart, an African-American movie star—has earned him a reputation as a maverick and an iconoclast. But Grace is still haunted by a tragic mistake buried deep in his past, and now his integrity will be put to the test in this most brutal of political contests, in which nothing in his past or present life is off-limits.
Depicting contemporary power politics at its most ruthless, The Race takes on the most incendiary issues in American culture:  racism, terrorism, religious fundamentalism, gay rights, and the rise of media monopolies with their own agenda and lust for power. As the pressure of the campaign intensifies, Grace encounters betrayal, excruciating moral choices, and secrets that can destroy lives. Ultimately, the race leads to a deadlocked party convention where Grace must resolve the conflict between his romance with Lexie and his presidential ambitions—and decide just who and what he is willing to sacrifice.

He’s a decorated Gulf War pilot. A fashion plate. A ladies’ man. An independent thinker who speaks his mind and never takes no for an answer. The only thing Americans can expect from Corey Grace is the unexpected...

“PATTERSON HAS REDEFINED HIMSELF AS A WRITER WILLING TO TAKE RISKS.”—USA TODAY

Love him or hate him, the country can’t wait to see how this charismatic white senator from Ohio—who now has fallen in love with black movie star Lexie Hart—will perform in the most brutal of political contests. Will Grace endure in spite of his controversial lifestyle, and a tragic mistake buried deep in his past? Or will he perish under pressure—from players on both sides of the party line? Nothing and no one in Grace’s life is off-limits once the race begins. Now the only thing this candidate has to lose is...everything.

Richard North Patterson is the author of fourteen previous bestselling and critically acclaimed novels. Formerly a trial lawyer, Patterson served as the SEC’s liaison to the Watergate special prosecutor and has served on the boards of several Washington advocacy groups dealing with gun violence, political reform, and women’s rights. He lives in San Francisco and on Martha’s Vineyard. Michael Boatman is an actor best known for his role as Carter Haywood on the hit sitcom Spin City. He has also had recurring roles on Gossip Girl, China Beach and HBO’s Arli$$. He has made many notable guest appearances on major network television shows, including Law & Order: Special Victims Unit, Less Than Perfect, Scrubs, The Good Wife, and CSI: Miami. Michael’s audiobook recordings include novels by Dennis Lehane, Walter Mosley, and Richard North Patterson. In reviewing The Race, an AudioFile Earphones Award-winning book published by Macmillan Audio, AudioFile magazine stated, “Michael Boatman’s seamless delivery is crisp and clear. His straightforward approach allows listeners to feel the full force of ruthless politics with painful clarity.” Michael is also the author of God Laughs When You Die and The Revenant Road. He earned a B.A. in Theater from Western Illinois University. He is married to Myrna Forney and has two daughters.