Items related to Life As We Knew It (Turtleback School & Library...

Life As We Knew It (Turtleback School & Library Binding Edition) 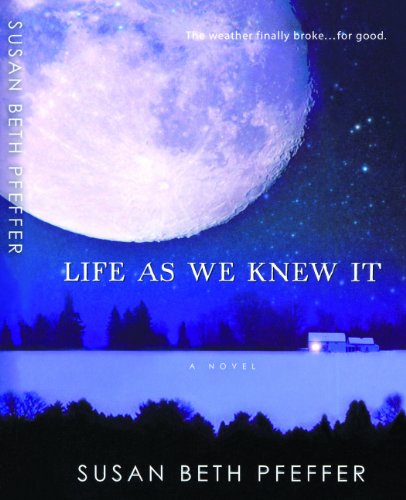 FOR USE IN SCHOOLS AND LIBRARIES ONLY. When a meteor pushes the moon closer to the earth, setting into motion a series of destructive weather events that wipe out coasts, rock the continents, and block out the sun, Miranda and her family must find a way to survive in a desperate and unfamiliar world.

Susan Beth Pfeffer is the author of many books for teens, including the New York Times best-selling novel Life As We Knew It, which was nominated for several state awards, and its companion books, The Dead and the Gone, This World We Live In, and The Shade of the Moon. She lives in Middletown, New York.