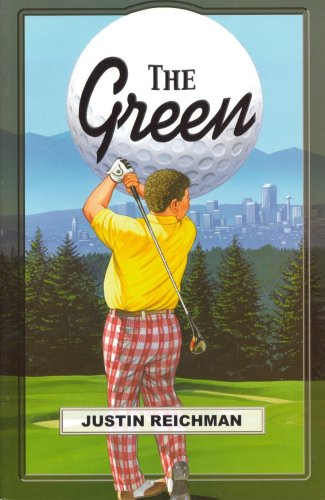 The Green is a comedic look at the sport of golf, as told through the eyes of Jason Green, the somewhat overweight class clown. After being forced to get a job at Whispering Canyons Golf Course, Jason is introduced to a cast of quirky characters. Hanging out with Eugene, a classmate who is definitely not a part of the cool crowd, Jason begins to learn about golf. He gets better at the sport quickly and even starts to lose some weight. In gaining self-confidence, he begins to realize that maybe the cool kids aren t so cool after all and that maybe he s not just the fat kid who s good for a laugh. Maybe he s a golfer. The Green captures the attention of young readers as we follow Jason on a hilarious journey of self-exploration... and goofy pants.