Items related to Japanese Rage: Japanese Business and Its Assault on...

Anderson, Leon Japanese Rage: Japanese Business and Its Assault on the West

Japanese Rage: Japanese Business and Its Assault on the West 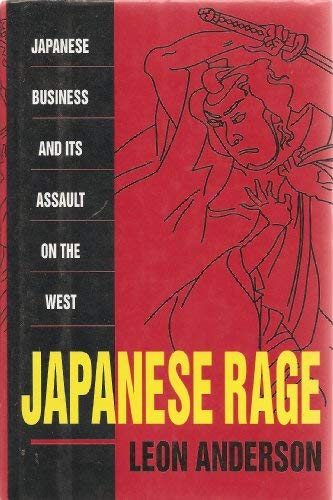 A look at how Japanese business practices affect the West explores daily Japanese life and its relationship to business in that country, and discusses why Japanese-U.S. trade relations have slipped so much and what can be done to save them.

This work sets out to provide an answer to Shintaro Ishihara's outspoken criticism of U.S.-Japanese relations, The Japan That Can Say No ( LJ 2/1/91). While more balanced than some earlier responses to Ishihara's book (see, for example, T. Boone Pickens and others' The Second Pearl Harbor , LJ 2/1/92), the message here remains essentially the same, namely, that we are currently in the midst of an economic war with a country that, because of its basic outlook and traditions, is unwilling (or unable) to play fair. Like the earlier works, Japanese Rage attaches too much importance to Ishihara's work, giving it more attention than it deserves as an expression of contemporary Japanese attitudes. In addition, while the work makes some valid points regarding trade problems between the United States and Japan, its attempts at providing a deeper analysis of Japanese history and culture and to use this analysis as a basis for understanding trade problems are extremely superficial. Viewing culture solely through an economic lens is bound to produce distortions, and as a result there is too much paranoia and conspiratorial thinking here. Not recommended.
- Scott Wright, Univ. of St. Thomas, St. Paul, Minn.
Copyright 1992 Reed Business Information, Inc.

Japanese Rage: Japanese Business and Its Assault on the West