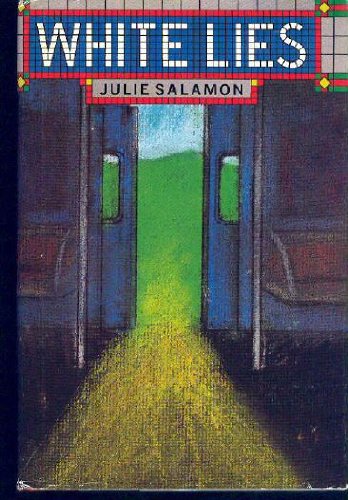 Jamaica Just, a journalist for a New York daily, tries to reconcile her life with the experiences of her parents who survived the Nazi death camps

From Publishers Weekly:
Jamaica Just, the main character in this first novel by the movie critic for the Wall Street Journal, is a young feature writer for the fictional New York Observer and is married to wholesome, affectionate Sammy. Named for the part of Queens, N.Y., in which she was conceived, Jamaica seems to lead an enviable lifeat least others tell her she doesbut she suffers from a listless guilt that derives from being the child of Holocaust survivors. ("I'm a nothing, a cipher," she says. "You think I could have lasted a minute in Auschwitz? I'm a weak-kneedstet no comma lily-livered nothing.") Most of the narrative consists of Jamaica's ruminations on her childhood, her conflicting feelings for her parents, her concern for the homeless, her contempt for her sleazy boss. There are also references to various story assignments (a brief excerpt from one about growing up in a Holocaust survivor's family is the most effective writing in the book) and some inside Journal allusions and other odd jokes. The focus here is Jamaica's obsessive self-pity, which doesn't wane until the last page of the book, when from an unlikely source she learns about a tragic wartime event that explains her father's frequent silent rages. Unfortunately, the cathartic moment comes late and is described in typically cliched fashion.
Copyright 1987 Reed Business Information, Inc.
From Library Journal:
Jamaica Just is a confused woman who feels guilt about everything, especially the subjects of the human interest stories she writes for a New York newspaper. Her sensitivity to the downtrodden New Yorkers of her stories does not, unfortunately, extend to the needs of her husband, who is neglected at home in her love for humanity. Jamaica's parents were Jewish Holocaust survivors who tried to brush aside their tragic background, settling in southern Ohio and raising their daughters as small-town Americans. The novel shifts back and forth between Jamaica's past and present but never makes immediate the connection between the two. Though the scenes of New York are well done, the plot of this first novel is muddled. Marion Hanscom, SUNY at Binghamton Lib.
Copyright 1987 Reed Business Information, Inc.