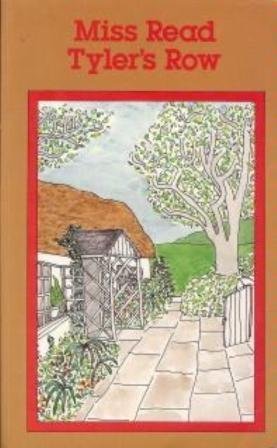 About the Author:
Miss Read, or in real life Dora Saint, was a teacher by profession who started writing after the second world war, beginning with light essays written for Punch and other journals. She then wrote on educational and country matters and worked as a scriptwriter for the BBC. Miss Read was married to a schoolmaster for sixty-four years until his death in 2004, and they had one daughter. Miss Read was awarded an MBE in the 1998 New Year Honours list for her services to literature, She was the author of many immensely popular books, including two autobiographical works, but it was her novels of English rural life for which she was best known. The first of these Village School, was published in 1955, and Miss Read continued to write about the fictional villages of Fairacre and Thrush Green for many years. She lived near Newbury in Berkshire until her death in 2012.
Review:
"Trust Miss Read to brew up the gentlest of trivia into a cup of fictional Bovril tha will warm the hearts of her fans." (New York times Book Review (Feb 11, 1973) )

"This affectionate tale of English village life will delight all Miss Read's fans and charm those nostalgia-hunters in search of the simple life." (Publishers Weekly )