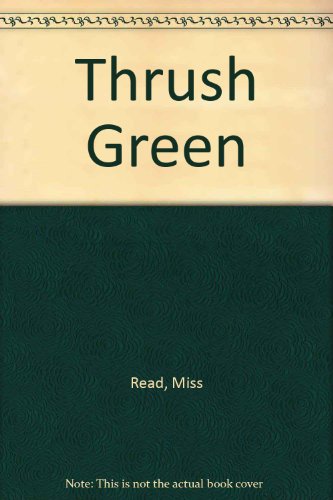 About the Author:
Miss Read is the pseudonym of Mrs. Dora Saint, a former schoolteacher beloved for her novels of English rural life, especially those set in the fictional villages of Thrush Green and Fairacre. The first of these, Village School, was published in 1955, and Miss Read continued to write until her retirement in 1996. In the 1998, she was awarded an MBE, or Member of the Order of the British Empire, for her services to literature. She lives in Berkshire.
From AudioFile:
June Barrie's warm alto voice and ability to create character add to the many pleasures of this delightful novel by England's premier writer of rural pastorals. Here we follow the loves, rivalries, misfortunes, and joys of the inhabitants of neighboring villages. It's an apparently simple story that is both wise and honest, and it is clear that Barrie appreciates its subtleties. From ill-tempered grave digger to love-stricken young lady, her portrayals are beautifully rendered. This is a book in which not much--except life in its quotidian fascination--happens. Barrie keeps one glued to the earphones. A.C.S. © AudioFile 2005, Portland, Maine-- Copyright © AudioFile, Portland, Maine