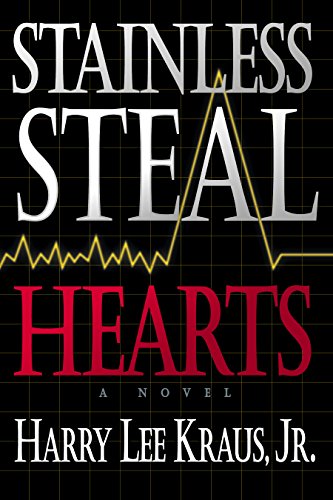 All he wants is to finish his residency and become a surgeon. But that dream might well be shattered when Surgical resident Matt Stone and two of his friends uncover the secret research of hospital chief surgeon Dr. Simons and a local abortionist. The two doctors are running experiments on aborted fetuses, "stealing" their hearts to give to infants with congenital heart problems.

The pro-choice candidate for governor, Layton Redman, knows nothing about the research, but he does know that scandal could destroy his campaign. So he arranges an abortion for the unwed staff volunteer who is pregnant with his child. When the woman is involved in a car accident, Matt saves the baby's life. But when Simons discovers that the child is Redman's—one they had planned to use in their research—he seeks to end Matt's career.

Will Matt and his friends gather enough evidence to expose the experiments before Matt gets suspended from practicing medicine? What will happen to Redman's campaign when he learns the baby is alive?

A chilling account that must be read because... someday this could be reality!

Harry Kraus, M.D., is a practicing general surgeon and the author of eight novels, including the best-selling Could I Have This Dance? and The Chairman. He received his M.D. degree from Medical College of Virginia, completed his surgical internship and residency at University of Kentucky, and formerly practiced in Virginia. Dr. Kraus is currently serving with Africa Inland Mission as a missionary surgeon at Kijabe Hospital in Kenya, where he lives with his wife and three sons. Visit his website at www.cuttingedgefiction.com.