Items related to Kerouac: A Biography 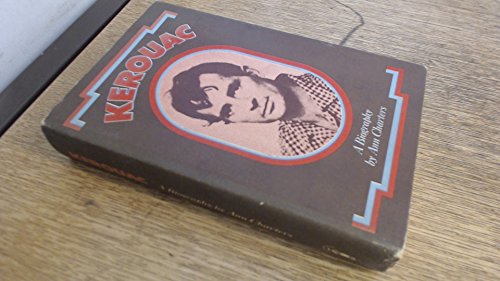 Now that Kerouac's major novel, On the Road is accepted as an American classic, academic critics are slowly beginning to catch up with his experimental literary methods and examine the dozen books comprising what he called 'the legend of Duluoz.' Nearly all of his books have been in print internationally since his death in 1969, and his writing has been discovered and enjoyed by new readers throughout the world. Kerouac's view of the promise of America, the seductive and lovely vision of the beckoning open spaces of our continent, has never been expressed better by subsequent writers, perhaps because Kerouac was our last writer to believe in America's promise--and essential innocence--as the legacy he would explore in his autobiographical fiction.

Ann Charters received her B.A. at Berkeley and her Ph.D. at Columbia. She first met Kerouac at a poetry reading in Berkeley in 1956, and compiled a comprehensive bibliography of his work in 1967. A professor of English at the University of Connecticut, she is also the editor of Selected Letters of Jack Kerouac and the Portable Kerouac Reader, and the author of Beats and Company: Portrait of a Literary Generation.

"It is about men and ideas that changed everything. That's reason enough to read it."--The New York Times

"This biography becomes almost a novel in itself. The darkly intense, handsome young man, the gypsy wanderer, hero and prophet to everyone but himself...Written with a beautiful combination of toughness and love, of daring insight and honesty, it is a worthy monument to a troubled man."--The Los Angeles Times

"Behind the 'crazy rebel' of the novels who inspired a whole generation to go hitchhiking across America in search of 'the myth of the rainy night' lay a life of insecurity and wretched loneliness...a duality perceptively illustrated by Ann Charters in her lucid, well-researched biography."--The Sunday Telegraph