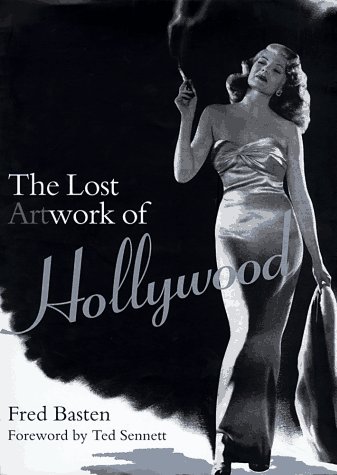 Hollywood's Golden Age of the thirties and forties recalls the glamour of Garbo and Gable, the panache of Hepburn and Tracy, the romance of Bogart and Bacall, the verve of Garland and Rooney. These were the days of big stars and big productions, fueled by hungry audiences and a film industry bursting at the seams with great ideas and gusto.
The Lost Artwork of Hollywood presents a surprisingly unique selection of long-buried, inspired illustrations from the Golden Age, many of them by unknown artists, as well as others by the legends we know and love. Because the work featured in these pages was used exclusively for promotion within the film industry, movie fans missed seeing their favorites depicted by such masters as William Galbraith Crawford, Albert Hirschfeld, Ted Ireland, Norman Rockwell, Barbara Shermund, Alberto Vargas, Marcel Vertes, and many more. These were the real image makers, many whom toiled behind the scenes to create the stunning, playful, elegant, humorous, and sometimes shocking images that defined the era.
Each piece is accompanied by an informative caption that lists the movie, its year of release, the studio that produced it, and noteworthy background information. The book additionally turns the spotlight on the artists themselves by providing capsule summaries of their careers. A thorough index helps movie buffs easily locate much loved films and stars, as well as the people, trends, and events that influenced the industry.