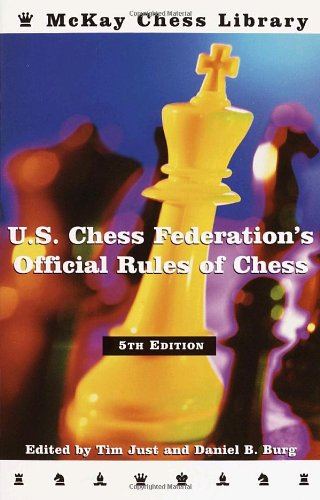 The U.S. Chess Federation's Official Rules of Chess is the only official rulebook for chess. Serious players at every level as well as chess club teachers, directors, and tournament sponsors should have it on hand during every match. This new edition features the latest rules, including guidelines for the popular game of speed chess, an updated quick rating system, and the latest conventions of governing tournaments. It also contains explanations of every legal move, a guide to calculating lifetime rankings, guidelines for sponsoring and running a tournament, and a lesson on how to read and write chess notation.

About the Author:
THE UNITED CHESS FEDERATION (USCF) is the governing organization for chess in America. A not-for-profit corporation, its membership spans every state and territory of the U.S. There are nearly 2,000 USCF-affiliated chess clubs, and more than 100,000 chess players participate in USCF events every year. The USCF sanctions thousands of chess tournaments with a half-million rated games each year.