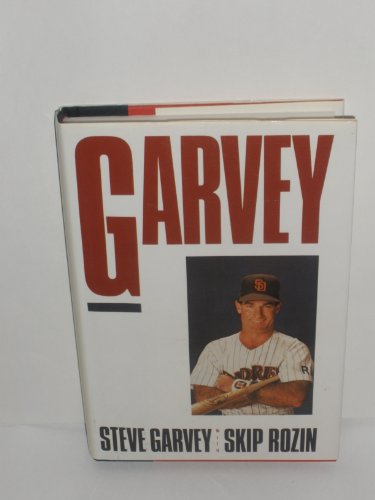 The popular California baseball star tells about his life, his baseball teams, his views on players and drugs, his highly publicized marriage and divorce, and his aspirations for political office

Garvey's progress from worshipful Dodger bat boy to all-star Dodger first baseman was the fulfillment of a boyhood fantasyone that Garvey confesses he has never outgrown. He sees himself as "Gary Cooper playing Lou Gehrig," and fits the role: clean-cut, pious, ever ready to sign an autograph or smile for the camera. In a book that is part memoir, part apologia, Garvey convincingly tells of his lifelong dedication to his mythical sports ideal, and of the personal price he has paid. At the peak of a splendid career came a period of crisis in which fellow players sneeringly nicknamed him "Mr. Clean," and the press attacked him for his self-promotion. The strain of this, Garvey says, contributed to his divorce. The book treats his marriage at length, but Garvey conveys little impression of his wife Cyndy as a person, or of his feelings for her. And Garvey feels that many of his teammates misunderstood him; he cannot conceive of the possibility that they may have merely disliked him. From a lonely childhood to the struggles of baseball middle-age, he views his personal life and career with an equally simplistic conventionality: all successes, no matter how fortuitous, are triumphs; all failures are character-building lessons. Garvey will disappoint gossip fans and baseball fans alike. Photos not seen by PW.
Copyright 1986 Reed Business Information, Inc.

Garvey, a baseball star with the Dodg ers and Padres for 17 years, has earned All-Star, MVP, and Gold Glove awards. He also has earned and culti vated repute as a clean-cut family man and someone to be watched in business and politics. However, near the end of his Dodger years, flaws appeared in this reputation, as his marriage collapsed and hostility of some fellow Dodgers surfaced. Garvey tells his story with lit tle modesty but does include criticism with the many plaudits. Not a vital choice, but useful for sports collections including YA. Morey Berger, Mon mouth County Lib., Freehold, N.J.
Copyright 1986 Reed Business Information, Inc.