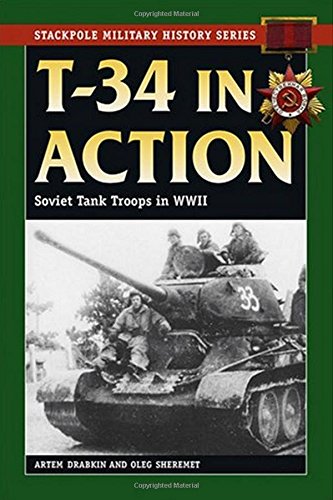 Artem Drabkin is the creator of a website devoted to the oral history of World War II on the Eastern Front. He lives in Russia.

"This pioneering book, which is based on extensive interviews with tank crews, records their experiences and offers compelling inside view of armoured warfare in the mid twentieth century. It is an engaging book, and you will find yourself feeling the discomfort, anxiety, fear, pride and joy of a Soviet Tanker in WWII as you read the T-34 In Action." (Military Trader)