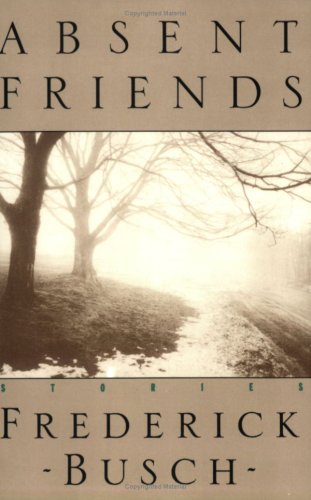 About the Author:
Frederick Busch (1941–2006) was the recipient of many honors, including an American Academy of Arts and Letters Fiction Award, a National Jewish Book Award, and the PEN/Malamud Award. The prolific author of sixteen novels and six collections of short stories, Busch is renowned for his writing’s emotional nuance and minimal, plainspoken style. A native of Brooklyn, New York, he lived most of his life in upstate New York, where he worked for forty years as a professor at Colgate University.
From Publishers Weekly:
These 14 stories represent a master of the genre writing with his customary power and eloquence. Busch, the recipient of several notable fiction awards, is the author of four previous short story collections ( Too Late American Boyhood Blues ), seven novels ( Invisible Mending ) and two volumes of criticism. Here, he explores a breathtaking range of the possibilities of short fiction. He writes of characters at risk, on the brink, or walking wounded. His situations are often bleak. In "From the New World," a man returns to his dead father's house where he must confront his hostile sister and the unknown con tents of his father's last letter addressed to him. In "Ralph the Duck," a Vietnam veteran heroically rescues a suicidal college girl. "People keep dreaming about the dead people they knew, see? You can't make people dream about you like that! It isn't fair!" he tells her. ("I want you to," she says. "I want you all to.") Busch's characters are vivid and real, and their sorrows are the knowable tragedies of real life. Raymond Carver's stories come to mind, but with this difference: where Carver's fiction is limned with flatness and voids, Busch's stories have resonance and depth.
Copyright 1989 Reed Business Information, Inc.