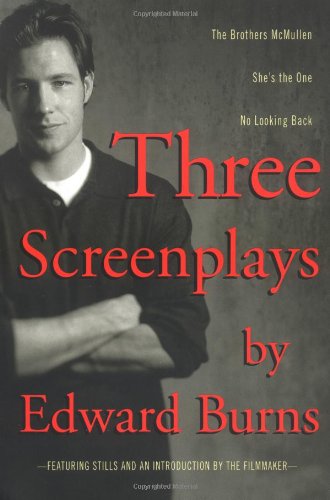 This first-ever collection of screenplays by the young filmmaking prodigy with a heart of gold and a bit of blarney includes the screenplay of Burns' new movie, "Long Time, Nothing New", plus "The Brothers McMullen" and last year's hit, "She's the One". Photos throughout.

Lauded by critics and audiences alike, Burns gained international recognition for his first feature THE BROTHERS MCMULLEN, which premiered in competition at the 1995 Sundance Film Festival, winning the Grand Jury prize. The film, which Burns wrote, directed and starred in, was shot on a budget of only $25,000 and went on to gross over $10 million at the domestic box office, making it the most profitable film of 1995. The film also won "Best First Feature" at the 1996 Independent Spirit Awards. Burns' second film, the romantic comedy SHE'S THE ONE starring Jennifer Aniston and Cameron Diaz, reinforced Burns' versatile talent as a writer, director, and actor. Burns continues to write, direct, star in and produce his films, including SIDEWALKS OF NEW YORK, THE GROOMSMEN and PURPLE VIOLETS. NICE GUY JOHNNY is his 9th feature film as a writer, director and actor. Ed Burns was born in Woodside, Queens and raised on Long Island.