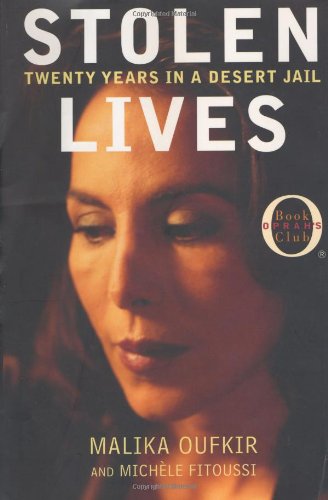 Review:
Oprah Book Club® Selection, May 2001: At the age of 5, Malika Oufkir, eldest daughter of General Oufkir, was adopted by King Muhammad V of Morocco and sent to live in the palace as part of the royal court. There she led a life of unimaginable privilege and luxury alongside the king's own daughter. King Hassan II ascended the throne following Muhammad V's death, and in 1972 General Oufkir was found guilty of treason after staging a coup against the new regime, and was summarily executed. Immediately afterward, Malika, her mother, and her five siblings were arrested and imprisoned, despite having no prior knowledge of the coup attempt.

About the Author:
Malika Oufkir lives in Paris. Michele Fitoussi, who cowrote Stolen Lives, is a French journalist who writes regularly for French Elle.