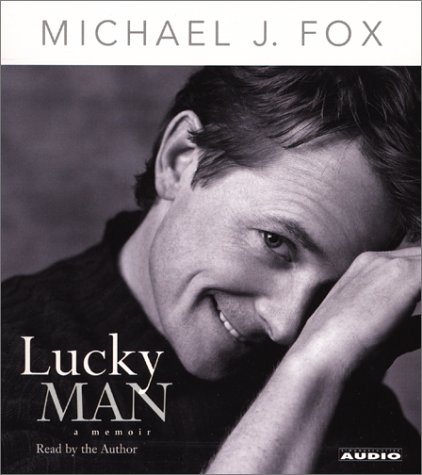 The acclaimed actor offers an intimate, heartwarming account of his life, his meteoric rise to success in television and film, his struggle with Parkinson's disease, a degenerative neurological condition that usually affects the elderly, and his fierce campaign to find a cure for the ailment. First serial, People. Second serial, Good Housekeeping & Reader's Digest. Read by the author.

The same sharp intelligence and self-deprecating wit that made Michael J. Fox a star in the Family Ties TV series and Back to the Future make this a lot punchier than the usual up-from-illness celebrity memoir. Yes, he begins with the first symptoms of Parkinson's disease, the incurable illness that led to his retirement from Spin City (and acting) in 2000. And yes, he assures us he is a better, happier person now than he was before he was diagnosed. In Fox's case, you actually might believe it, because he then cheerfully exposes the insecurities and self-indulgences of his pre-Parkinson's life in a manner that makes them not glamorous but wincingly ordinary and of course very funny. ("As for the question, 'Does it bother you that maybe she just wants to sleep with you because you're a celebrity?' My answer to that one was, 'Ah...nope.'") With a working-class Canadian background, Fox has an unusually detached perspective on the madness of mass-media fame; his description of the tabloid feeding frenzy surrounding his 1988 wedding to Tracy Pollan, for example, manages to be both acid and matter-of-fact. He is frank but not maudlin about his drinking problem, and he refreshingly notes that getting sober did not automatically solve all his other problems. This readable, witty autobiography reminds you why it was generally a pleasure to watch Fox onscreen: he's a nice guy with an edge, and you don't have to feel embarrassed about liking him. --Wendy Smith

1998, Michael J. Fox stunned the world by announcing he had been diagnosed with Parkinson's Disease - a degenerative neurological condition. In fact, he had been secretly fighting it for seven years. The worldwide response was staggering, particularly to him. Fortunately, he had accepted the diagnosis and by the time the public started grieving for him, he had stopped grieving for himself. Now, with the same passion, humor, and energy that Fox has invested in his dozens of performances over the last 18 years, he tells the story of his life, his career and his campaign to find a cure for Parkinson's.

Combining his trademark ironic sensibility and keen sense of the absurd, he recounts his life - from his childhood in a small town in western Canada to his meteoric rise in film and television which made him a worldwide celebrity. Most important, however, he writes of the last 10 years during which - with the unswerving support of his wife, family, and friends - he has dealt with his illn