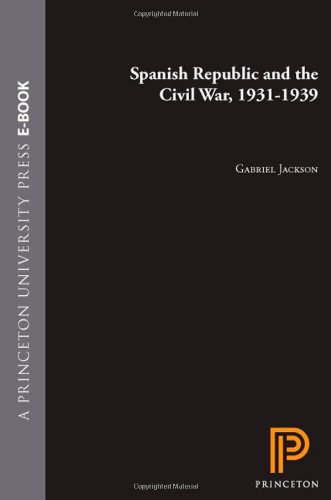 At the time of its occurrence, the Spanish Civil War epitomized for the Western world the confrontation of democracy, fascism, and communism. An entire generation of Englishmen and Americans felt a deeper emotional involvement in that war than in any other world event of their lifetimes, including the Second World War. On the Continent, its "lessons," as interpreted by participants of many nationalities, have played an important role in the politics of both Western Europe and the People's Democracies. Everywhere in the Western world, readers of history have noted parallels between the Spanish Republic of 1931 and the revolutionary governments which existed in France and Central Europe during the year 1848. The Austrian revolt of October 1934, reminded participants and observers alike of the Paris Commune of 1871, and even the most politically unsophisticated observers could see in the Spain of 1936 all the ideological and class conflicts which had characterized revolutionary France of 1789 and revolutionary Russia of 1917.

It is not surprising, therefore, that the worthwhile books on the Spanish Civil War have almost all emphasized its international ramifications and have discussed its political crises entirely in the vocabulary of the French and Russian revolutions. Relatively few of the foreign participants realized that the Civil War had arisen out of specifically Spanish circumstances. Few of them knew the history of the Second Spanish Republic, which for five years prior to the war had been grappling with the problems of what we now call an "underdeveloped nation."

Gabriel Jackson is Professor of History at the University of California at San Diego. This book was awarded the Herbert Baxter Adams Prize of the American Historical Association in 1966.

"Mr. Jackson's account of these events is altogether excellent. His book has balance and humanity. It paints fully in depth issues that have been hitherto brushed out lightly; the Republic's economic and financial policies; what he calls the 'limits on suffering and destruction' in the war itself. It is a highly readable book which is at the same time a scholarly description of a great and grim historic tragedy."---Raymon Carr, New York Review of Books

"It is no exaggeration to say that Jackson's book, written with a fine and forceful combination of personal involvement and professional detachment, is . . . the first comprehensive and trustworthy account in English. The book is much more than a chroicle. It is also an interpretation of the Republic's place in Spanish history, an interpretation comparable in its excellence to Georges LeFebvre's celebrated study of the French Revolution. We are not likely for a long time to have a book that better deserves the cheapened adjective definitive."---Allen Guttmann, Commentary

SPANISH REPUBLIC AND THE CIVIL W