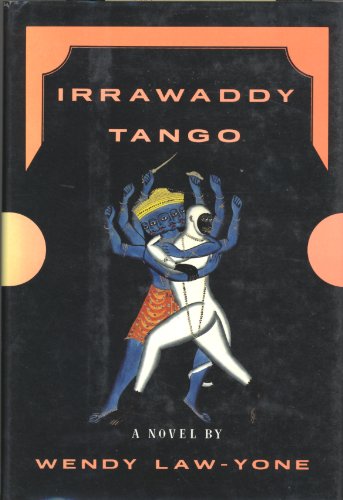 Irrawaddy Tango, a pepper-tongued, tango-dancing Asian beauty rises from a village girlhood to become the wife of her country's dictator and then a leader of the rebel forces arrayed against him. Tango captures the attention of an ambitious colonel - the self-proclaimed Supremo - while dancing at a talent contest. Once married, she is forced to endure the cruelties of a ruthless and foolish husband, is kidnapped by rebel forces, recaptured and brutally punished by her husband's military clique, and eventually exiled to America. Her return to the fictional Republic of Daya (clearly Burma) brings about the destruction of her husband and his dictatorship. Irrawaddy Tango tells the unsettling tale of powerful men and powerless women. It evokes as well the harshness of exile, revealing the misunderstandings between East and West and by doing so captures the intensity of living between the two.
About the Author:
Wendy Law-Yone was born in Mandalay, Burma, and raised in Rangoon. She is currently the David T. K. Wong Fellow at the University of East Anglia.