Items related to The Sun: A Biography

Whitehouse, David The Sun: A Biography

The Sun: A Biography 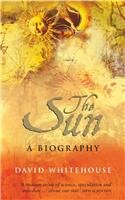 This is a comprehensive biography of the sun, written by leading BBC journalist David Whitehouse. Since man first became conscious he has sought to understand the nature of the sun; he has worshipped it, been inspired to produce great art about it, researched it and even died for it. Understanding the nature of the sun is key to understanding our universe and to life on earth. Whitehouse skilfully weaves his extraordinary scientific knowledge with history, philosophy, archaeology and religion to produce this fascinating account of the life and future of the sun.

Imagine writing the biography of a subject you can't look at without going blind. Astronomer and BBC science editor David Whitehouse has done just that in The Sun. Taking an unusual tack, he writes about the Sun as if it were a fascinating neighbor to be observed with the utmost care. After all, there is no celestial body more important to us than the Sun; all life on Earth depends upon its energy, and humans have been waking up with the dawn and sleeping with the dusk for millennia. Whitehouse provides an entertaining and comprehensive survey of ancient peoples' solar rituals and beliefs, leading finally to the birth of science and the painful (at least for the Church) acknowledgment that the Sun, and not the Earth, is the center of our solar system. The second half of the book is devoted to modern solar research, from the patterns and schedules of sunspots to the interior anatomy of our local star. Finally, Whitehouse imagines what it will be like 7.5 billion years from now, when the Sun dies, baking Earth into a lifeless husk in the process. The Sun is a delightfully readable account of the solar engine, a biography of the strange hot character that rules life itself. --Therese Littleton

In The Sun, David Whitehouse takes us on a journey to the heart of our local star and beyond, relating how it was born, the many ways it influences life on Earth and how it will die. He recounts the many myths surrounding the Sun and the fascinating stories of scientists throughout history who have attempted to discover its secrets – occasionally at the price of their lives.

The Sun explores the role of the sun for those on Earth, from the earliest civilizations that worshipped it, through its emulation in art and literature to the present day. He describes the inferno at its core, the magnetic chaos of its surface and the furthest reaches of its atmosphere that stretches beyond the planets out into the galaxy. Within our lifetime he considers that changes in the sun will become noticeable, an issue that we ignore at our peril.

Finally, David Whitehouse speculates on the future of life on Earth with a Sun that must ultimately turn into a red giant. From its birth in a cloud of gas and dust, its long lifetime nurturing life on our own planet, to its death as a cosmic cinder, this is our Sun’s story.

The Sun: A Biography

The Sun A Biography

THE SUN: A BIOGRAPHY