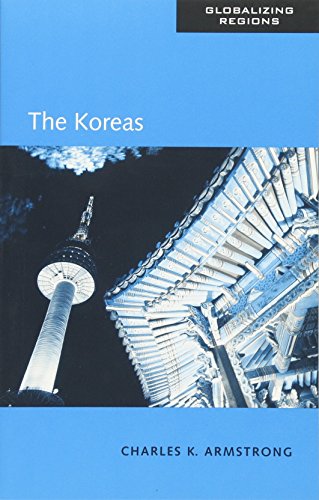 The Koreas provides a concise and comprehensive look at the radically different ways the two Koreas have dealt with the growing challenges of globalization. Presenting a succinct, historically informed introduction to North and South Korea, Charles K. Armstrong considers the shifting and multiple meanings of "Korea" in contemporary history: a geographical entity, an ethnic nation, two states since 1948, and as an ethno-cultural identity extending beyond the Korean peninsula to substantial minority communities in the United States, China, Japan, and the former Soviet Union. Ultimately, The Koreas offers a crisp, engaging survey of Korea and the Korean people in the contemporary world.

About the Author:
Charles Armstrong is Assistant Professor of History at Columbia University. He did his Ph.D. at the University of Chicago under Bruce Cumings. Armstrong is the author of The North Korean Revolution, 1945-1950, and editor of Korean Society: Civil Society, Democracy and the State (Routledge, 2002).
Review:
'I will be recommending this [book] to future enquirers for instant access to knowledge of the Korean peninsula.' - J. E. Hoare, Asian Affairs