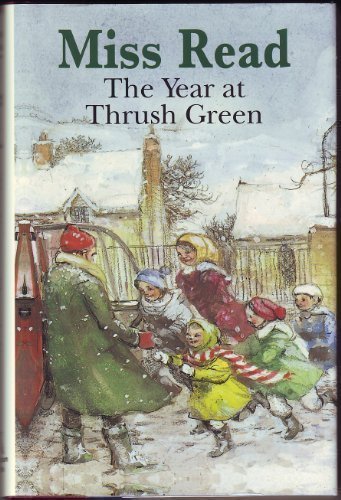 In her fortieth book published by Houghton Mifflin, the inimitable Miss Read leads us through the seasons at Thrush Green, the Cotswold village already beloved by her thousands of readers. As the snows of January yield to snowdrops and then daffodils, we look in on a host of characters - whimsical, eccentric, always delightfully recognizable - and their daily affairs. Dotty Harmer serves up an herbal brew to her neighbor Albert Piggott, who has a soft spot for her behind his crusty fa?ade. Architect Edward Young overhears a rumor that the old people's home he designed may be a bit cramped. An American stranger arrives in search of family ties. And at the Fuchsia Restaurant, Albert's wife Nellie finds herself in charge when old Mrs. Peters falls ill, and soon she receives two surprising gifts with implications for her past and her future. As summer unfolds, so do the dramas of village life. By year's end, these stories are satisfyingly interlocked, capturing a bygone era with wit and charm.